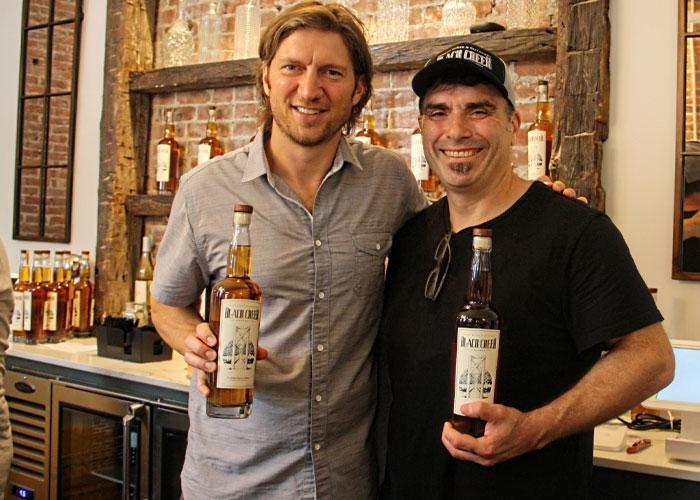 WEST PARK – A former monastery on the west bank of the Hudson River has been transformed into a distillery, event space and will eventually become a boutique hotel, according to co-owner Charles Ferri. Hudson House at 1835 Broadway (Route 9W) in West Park recently opened for tours of the distillery which produces bourbon and rye under the Black Creek brand.

The distillery is open for tours and tastings on Fridays, Saturdays and Sundays from 12 p.m. to 6 p.m.

Located on a 27-acre plot overlooking the Hudson River, Ferri told Mid-Hudson News that a partnership with Millbrook Winery has resulted in the production of five different wines under the Hudson House label.

Ferri called his home Hudson the result of a vision he developed while working on Wall Street. “I had wanted to bring a ‘destination distillery’ to the area for some time and when this property became available I had to act quickly.”

He bought the property with the support of a few investors six years ago.

He stressed the importance of the support he received from heads of government. “We were greeted and supported by representatives from local governments, counties and states who helped make this dream a reality. The different governments have recognized the benefits of the project and have helped every step of the way. Ferri pointed out that his Black Creek Rye has received support from the Empire State Development Corporation because the distillery uses ingredients grown in New York City.

The facility consists of a mansion that was built in the 1800s and when the Christian brothers took possession of it, they built a substantial addition in 1933. The various rooms on the first floor of the mansion are the event spaces, including including a 5,000 square foot ballroom, which can be rented. The rooms on the second floor should be the hotel rooms.

Ferri, along with fellow investor Paul Seres, encountered unforeseen structural issues with the building during the renovation. The problems needed to be resolved and required substantial funding that had not been foreseen. The extra work delayed the development of the hotel portion of the facility.

Ferri and Seres also have plans to develop part of their riparian plot. The site is one of the few that has access to the Hudson via a tunnel on their property that passes under the CSX railway line. “We are developing a destination that will provide an unforgettable experience for our customers. It’s a destination like no other, ”said Ferri.