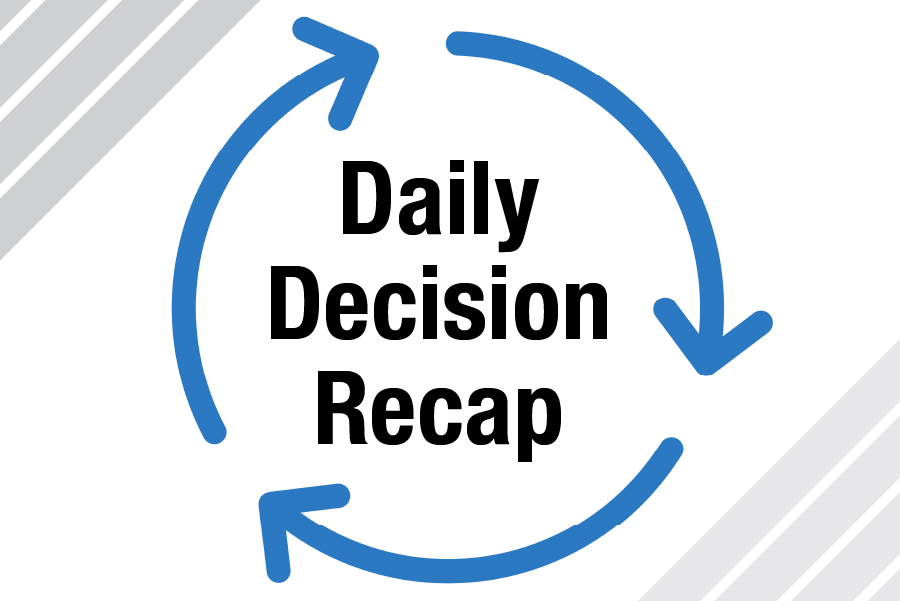 Here are the cases covered from September 21 to 24:

Since a consumer’s claims contained only a stripped-down narrative or stereotypical recitation of the elements of the unfair debt collection claims and did not include any factual information to flesh out the claims, the court dismissed the claims without prejudice to failing to meet the minimum pleading requirements considered in Iqbal and Twombly.

Hall c. Altus Legal: hiring a lawyer is not a concrete prejudice

An Illinois district court found that, because hiring a lawyer cannot establish standing, the consumer’s claim that a “duty to defend” in a foreclosure action was not damage sufficient to justify the quality.

Green v. Innovis: the consumer has not provided proof of the supplier’s lack of reasonable procedures

The consumer in this case disputed his mortgage line of credit on his credit report. The Consumer Information Agency (CRA) investigated the dispute and removed the business line in question. The consumer sued the CRA saying it lacked “reasonable procedures” to investigate the disputes.

When a consumer failed to establish that he had suffered concrete harm attributable to an alleged violation of a collector’s Fair Debt Collection Practices Act, the court ruled that the consumer lacked standing to sue and dismissed the case for lack of jurisdiction in the matter.

Kleinman v. Forster & Garbus: validation letter stating that trial will not start until after validation period expires, does not violate FDCPA

One consumer claimed that a collection letter overshadowed the validation period because it could be interpreted as a threat of impending litigation. He also claimed the letter contained conflicting information as well as an intimidating letterhead that overshadowed the validation period. The debt collector has requested a judgment on the pleadings.

Lueck v. The Bureaus & Stoneleigh: Lack of quality for a letter marked “personal and confidential”

An Illinois district court held that while the presence of the phrase “personal and confidential” on the envelope addressed to the consumer may have violated Section 1692f of the Fair Debt Collection Practices Act, this alone was not sufficient to establish quality without prejudice.

A South Carolina district court declined to certify an interlocutory appeal, citing the majority of decisions as well as the recent 6th Circuit ruling at Lindenbaum, ruling that the Supreme Court’s AAPC ruling applied retroactively, leaving the party no waived of the TCPA robotic call restriction in effect during the interim period.

Pinyuk v. The CBE Group: several addresses on the validation notice did not violate the FDCPA

A New York district court found that a letter listing three addresses for the debt collector was not misleading or deceptive under the FDCPA when the addresses were read in context of the entire letter.

Epps v. Fair Collections & Outsourcing: letter indicating that the debt is paid in full and including the mini-Miranda is not misleading under the FDCPA

Since the Fair Debt Collection Practices Act only requires a collector to identify the name of the creditor to whom the debt is owed, a court rejected consumer arguments that a collector must show the entire chain of title to the debt. in question.

Consumers have received calls from car dealerships after asking that the calls stop. Consumers sued the company that owns the dealerships, claiming it was vicariously liable for alleged violations of the Consumer Protection Act by telephone by dealers. The court concluded that the consumers did not have standing to pursue their claim, but allowed them to conduct an investigation to gather evidence to the contrary.

Tolliver v. National credit systems: the presumed risk of financial or reputational damage is not sufficient to claim a status

A Wisconsin district court found that the consumer had presented no evidence to support his alleged risk of financial or reputational harm.

If you have recently obtained legal advice that may benefit other ACA members, email it to us: [email protected].